The casino in Govora, an unfinished architectural monument

The first female architect in Romania and Europe, Virginia Haret-Andreescu, settled the foundation of several architectural monuments and designed the construction plans of the Casino in Govora. The building where the gamblers would have been welcomed was partially opened on 1930, but has never been finished.

Govora Casino, designed by the first female architect in Europe

Virginia Haret-Andreescu, born on June 21, 1894, the niece of the great painter Ion Andreescu, married Spiru Haret’s son, great mathematician and reformer of the Romanian education system. At age 18 she became the first woman who joined the European architects, then entered the Architecture School, and at the same time, she attended the classes of Bell Arte Academy. From 1923, Virginia Haret-Andreescu worked for the technical department of the Ministry of Education, than retired in 1947. She was the first woman to hold the position of general inspector architect. Between the two wars, she represented Romania to the International Architecture Congresses, in Rome, Paris, Moscow, Brussels and she was awarded many times for her projects. She designed many architectural plans for the monuments, either for the Romanian state, or for private buildings; we must note the palace of the former Romanian Youth Association, a gable situates on Calea Victoriei- one of the first blocks made of reinforced concrete- the administrative pavilion and the underground outhouses of Baneasa Airport, Cantemir Voda and Gheorghe Sincai Highschool buildings in Bucharest. Along her career as first architect woman in Europe, she hallmarked a great work of art and created her reputation.

Govora Resort, founded on the decision of the Prime Minister Bratianu

The history of Baile Govora is connected to two important personalities: I.C.Bratianu, former Prime Minister, and N.Popescu Zorileanu, general and physician who established the base of this resort almost 130 ago. The resort was focused on treating lounges disease, and rheumatic problems.

The development of the resort was a result of the medical research that had the contribution of several important people of the time, as engineer Anghelr Saligny and A. Bernard, the head of the chemistry lab within the University of Bucharest.

In 1883, due to the value of the water discovered, on the decision of the Prime Minister Bratianu, by land exchange, the state becomes the owner of certain mineral digging and relying of the preliminary studies, the set up of the future spa resort begins. The resort developed and was leased in 1910 by the Private Association Govora- Calimanesti, responsible for the construction of the Pavilion, Casino and some hotels in the area.

The sad story of the casino where there was no betting

Between 1928 and 1929, following the architectural plans of Virginia Haret-Andreescu, the construction of the casino started. The architectural masterpiece has been designed in eclectic style (architectural project that mixes several periods and styles that have the same common line of color, texture, form, and finishes; generally, a short number of neutral colors and materials is chosen, with different models or textures)

Placed in the central part of the city, the construction was designed to have two symmetrically wings. One of them, never built, yet, was supposed to host a fancy theatre, and the second, just on the project level was designated to the casino. Today, in the central park of Govora, within the building designed by Spiru Haret’s daughter in law is an abandoned cinema.

Govora Calimanesti Association that leased the mineral water exploitation and developed great projects, but also decided on constructing some very special architectural buildings, disappeared because of the decline of the Marmorosch Blank Bank, one of the oldest local banks, founded by Iacob Marmorosch. Well known for its great importance at the beginning of the 20 th, for the involvement within the Romanian policy, but also for the resonant insolvency in 1931, the loan institution was closed down on its 1000 years inauguration. The nationalization brought the resort in the eyes of the Romanians, a period when Govora was reorganized and host a large number of tourists. Within the communist period, the casino was not a healthy relaxing method, and therefore the building was transformed into a cinema and became protected by the Movie Association of the time, RTADEF today

According to the information published by the Cityhall from 1995 until now the cinema was closed and the thieves devastated the goods inside. Even if it is on the patrimony list of the Ministry of National Patrimony and Culture, the cinema in Govora has not entered the preservation program.

The Mayor of Govora, Mihai Mateescu, wants to rehabilitate the cinema. He says that the cinema needs rehabilitation, it is a patrimony building type C, and the first step to do that is to achieve the project. At the same time, the Mayor hopes to find some investors and together with the tourism operators in the area, to make Baile Govora an attractive site.

A pearl of the interwar period, Govora is now at peace. The famous hot springs are clogged up, even closed, the ladies and gentlemen are not here anymore, the unionists who used to treat their diseases within the communist period are no longer visiting… 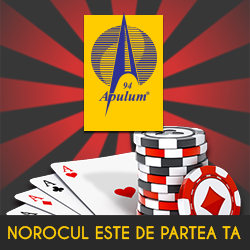